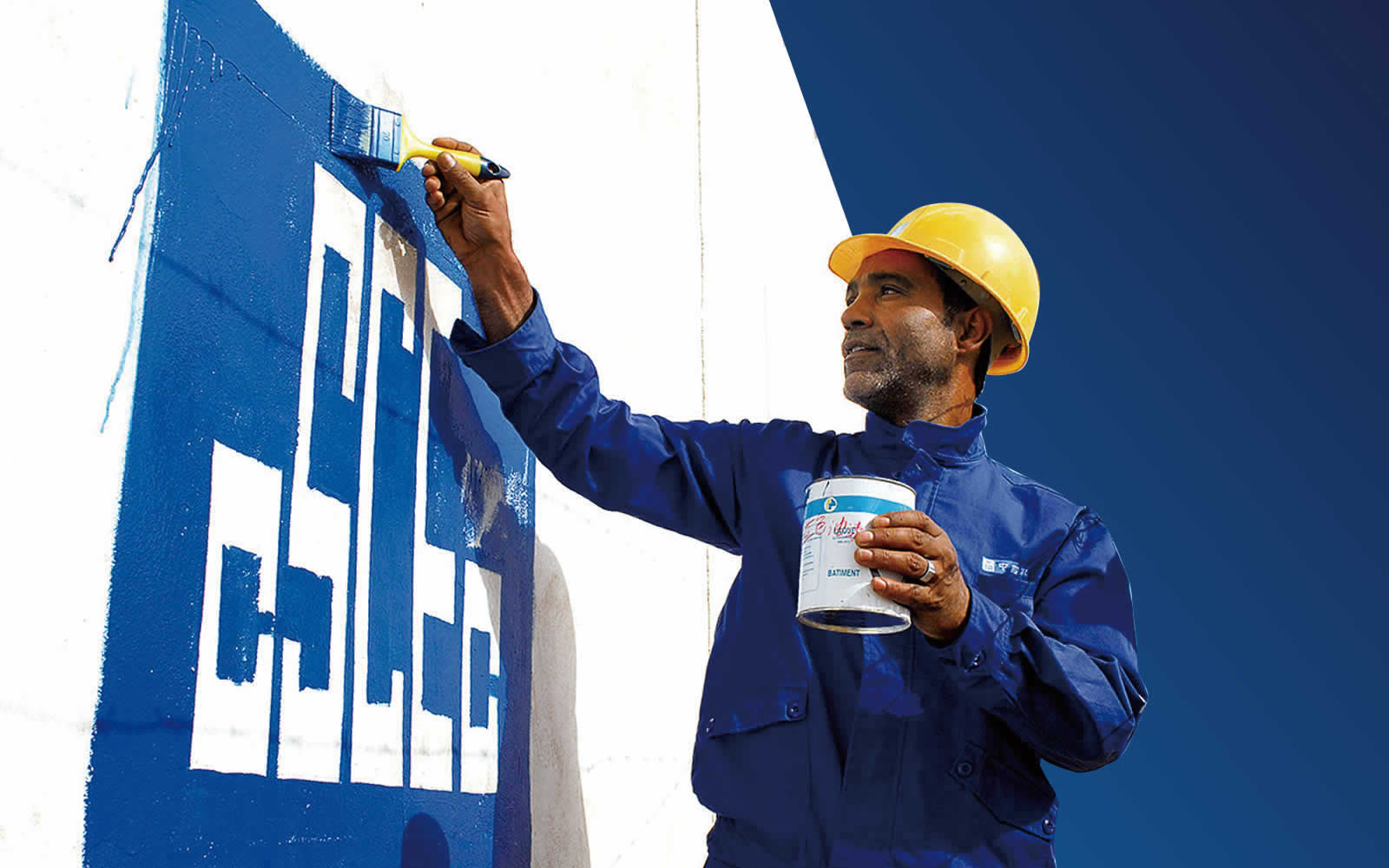 Setting up → Perseverance → Turning point → Expansion → A period of transition

On 7 September 1982, the general assembly of the China State Construction Engineering Corporation Ltd, chaired by its first President, Zhang Enshu, decided to build 200 homes in Rouiba, Algeria. The contract was based on four principles: meeting contractual obligations, guaranteeing quality, earning a sensible profit and making moral commitments. Work officially began in early 1983. On 19 February 1983, the Ministry of Foreign Economic Relations and Trade of the People’s Republic of China authorized CSCEC to open a liaison office in Algeria. This office, which has since become the China State Construction Engineering Corporation Ltd. – Algeria (CSCEC Algeria), was permitted to carry out construction work abroad, cooperate with other service providers and launch joint ventures.

In October 1983, CSCEC asked the Algerian Ministry of Commerce for permission to open its liaison office in Algeria. This office successfully completed the company’s first project, the construction of 200 homes in Rouiba, despite a very tight schedule, earning the respect of Algerian contractors. Meanwhile, it was awarded a second contract to study possible locations for the new city of Ain Oussera. This marked the beginning of a flood of new projects, including eight reservoirs and many medical centres and educational institutes. When it began working in Algeria, CSCEC faced fierce competition from European construction companies. However, thanks its high-quality services and fast execution times, it quickly earnt a place for itself in the Algerian market, establishing a solid base from which to work.

During the ten dark years,terrorism was rampant, making daily life very difficult. Most foreign companies left Algeria. CSCEC was forced to put a stop to all everyday activities, without completely withdrawing from the market. After signing two contracts in 1990, it had begun irrigation works on an 8,000 hectare area in the El-Amra El-Abadia plains, and a 14,000 hectare area in West Mitidja, Algiers. However, due to the political situation, both of these projects came to a complete halt. The West Mitidja Irrigation Project was terminated in February 1996 in agreement with the contracting authority. Irrigation work in the El-Amra El-Abadia plains recommenced in February 2002 at the request of the contracting authority and following negotiations between both parties. This work was completed in late 2005. The project ultimately lasted 15 years, which shows that CSCEC’s principles – meeting its contractual obligations and respecting moral commitments – are always upheld.

True friends stand by you in times of need, and valour does not depend on the passing of years. At a time when danger overshadowed Algerian society and European construction companies withdrew from the market, the CSCEC teams courageously decided to remain. Their commitment and reliability earned them the trust of the Algerian government and people. This was evident in the years that followed, when the company experienced a turning point that led to an expansion of operations. For many, this period explains CSCEC Algeria’s achievements and successes today.

In 1997, the Algerian government urgently launched proceedings to begin the construction of a new five-star hotel in Algiers to host the 35th summit conference of the Organization of African Unity (OAU) two years later. Although the situation in Algeria was improving, stability was lacking and terrorism remained a constant threat. European construction companies continued to view Algeria as a risky venture and had made no plans to return. Despite the uncertain context, CSCEC rose to the challenge, building the hotel within an extremely tight deadline, respecting contractual provisions and overcoming material shortages. Construction conditions were very difficult. Nevertheless, the Sheraton Club des Pins Resort in Algiers, a highly political symbol, was completed within 18 months, ensuring the OAU summit was able to take place as planned.

CSCEC stood alongside Algeria and its people in their time of need. Rising to the challenge, it used its determination to successfully build the Sheraton Club des Pins resort using exceptional expertise. This key period enabled CSCEC to consolidate its position, proving itself as an efficient and first-rate construction company capable of completing high-end projects. This prowess paved the way for CSCEC Algeria’s subsequent expansion.

Following ten years of civil war, the situation in Algeria began to stabilize.

In 1999, Abdelaziz Bouteflika was named the country’s President. He launched the 2001-2004 three-year plan to rebuild the economy, which was followed by the 2005-2009 and 2010-2014 five-year plans, as well as a development plan for the Grand Sud region, which involved a number of major infrastructural projects. With Algeria’s economic reconstruction underway, CSCEC Algeria took advantage of the new opportunities generated, which also tied in with the strategy adopted by the Chinese government supporting the internationalization of companies. CSCEC began exploring new markets and reviewing its organizational structure with a view to really taking off: its focus was henceforth on developing markets, completing large-scale projects, reviewing its organizational structure, developing a network of suppliers, and making people central to its new organization.

CSCEC Algeria progressively developed strong ties to the region and an attentiveness to the smallest of details.

Since 2014: a period of transition

The collapse in global petrol prices in late 2014 had a major impact on the Algerian economy. Following the shrinking of the construction sector, the Algerian government took steps to attract foreign investment and boost economic activity. Given this context, CSCEC took advantage of China’s “Belt and Road” Initiative in order to meet the needs of the Algerian market. In addition to consolidating its traditional market position with an appropriate marketing strategy, the company also explored various ways of diversifying operations and using investment as a driver for growth. This led it to enhance operations in the fields of infrastructure, building materials investment and real estate investment.

In newer fields such as energy, hydraulic engineering and tourism, CSCEC implemented a strategy promoting the modernization and optimization of production arrangements. Not only did it improve operations management, it also placed special emphasis on efficiency, constantly seeking to raise the bar. As part of its drive to become the most competitive construction and investment company in the Mediterranean Basin and around the world, CSCEC is using this transition period to reinforce its development.